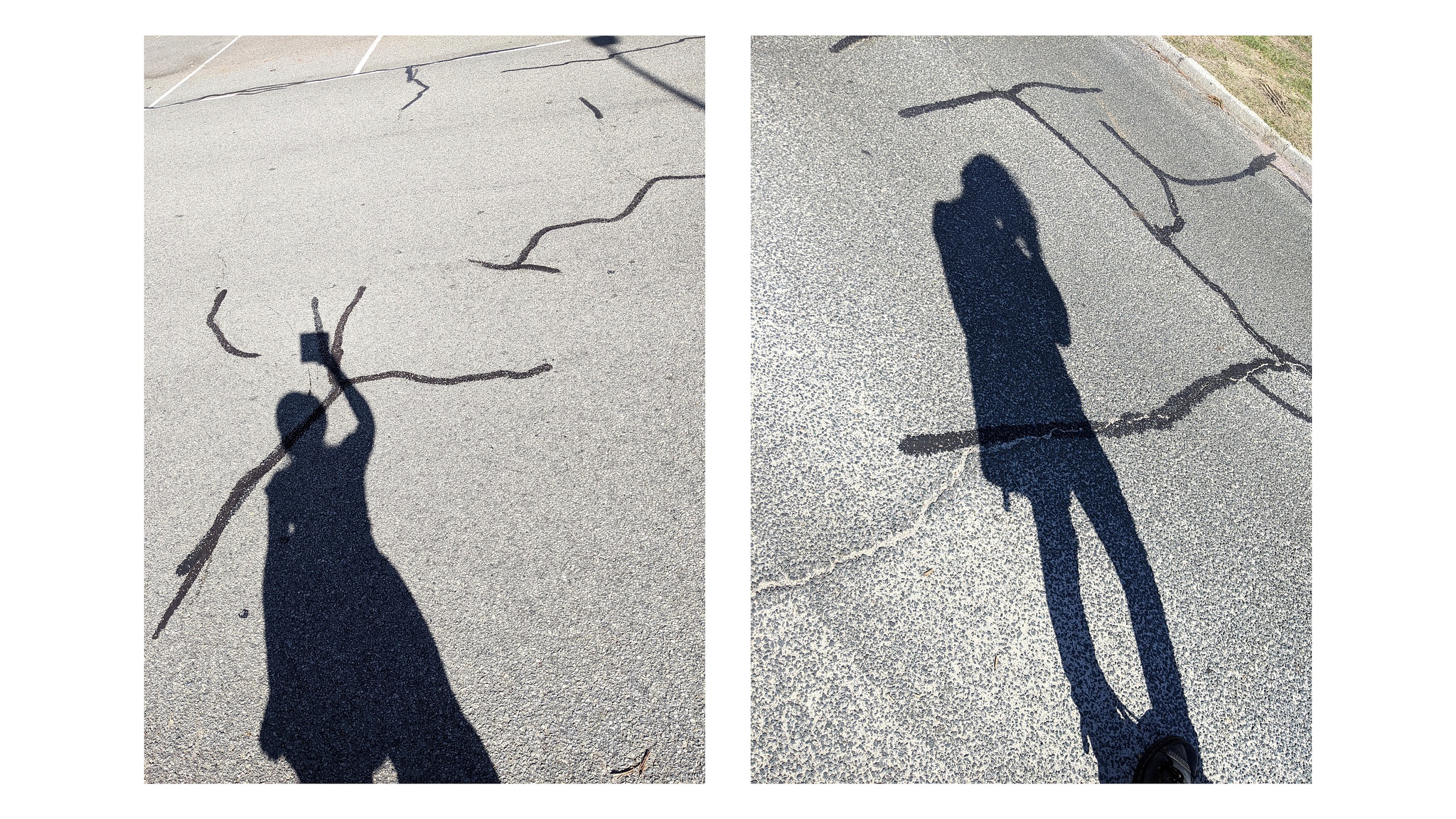 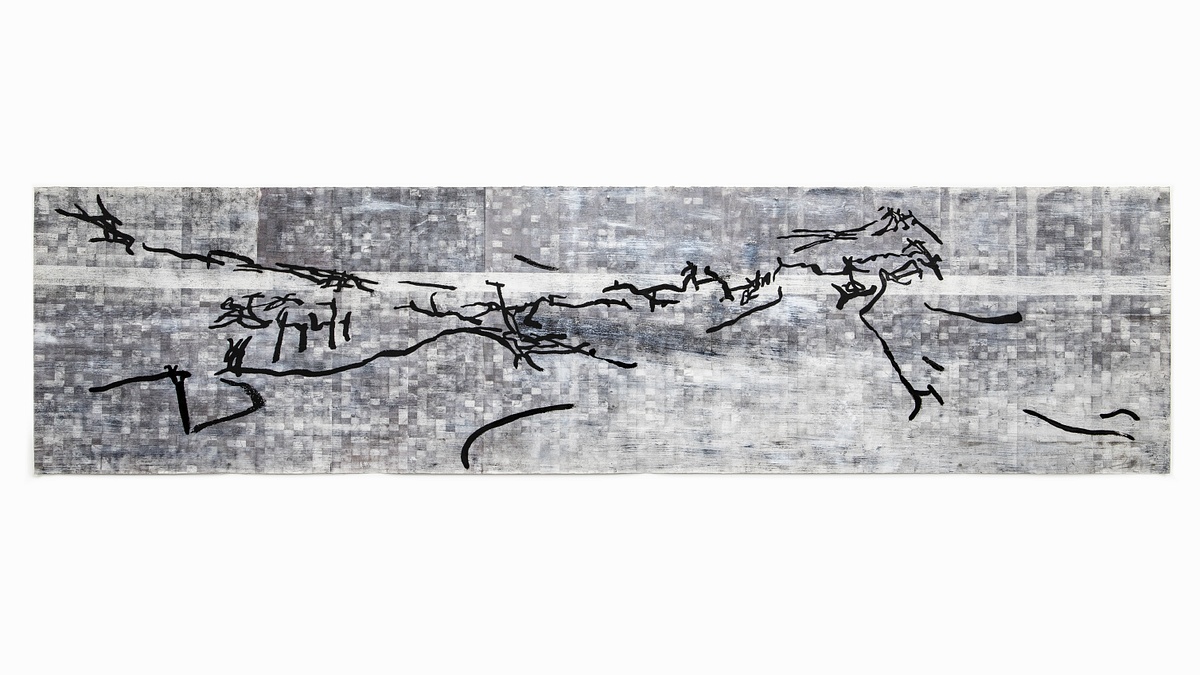 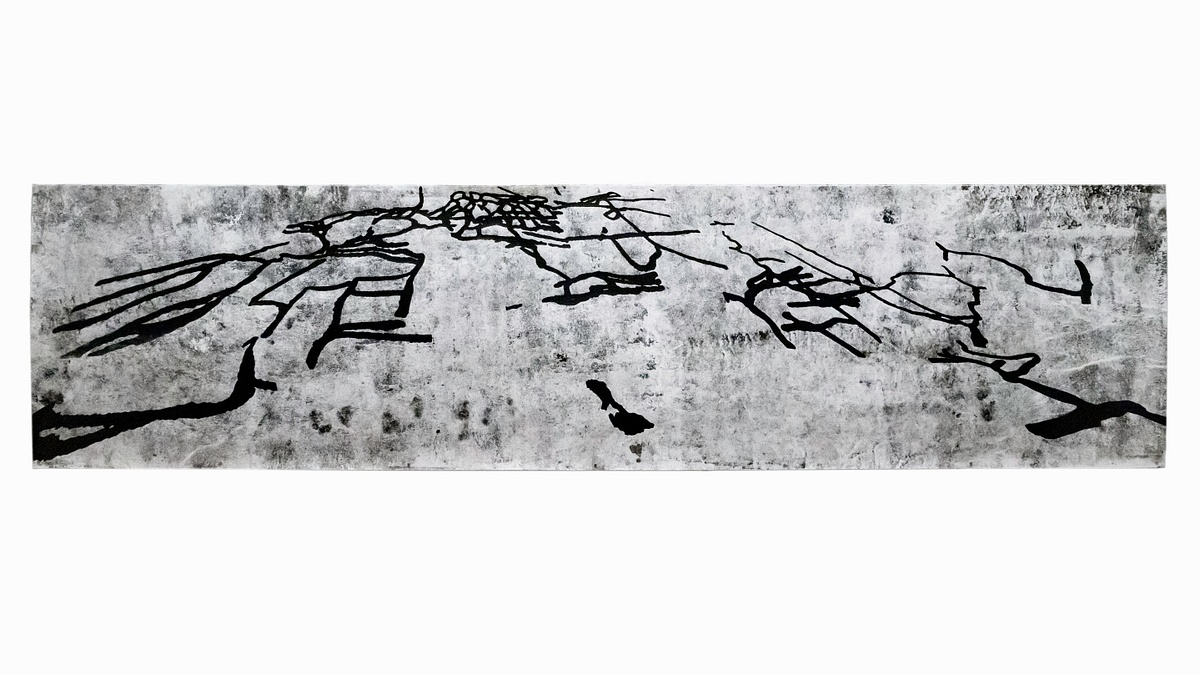 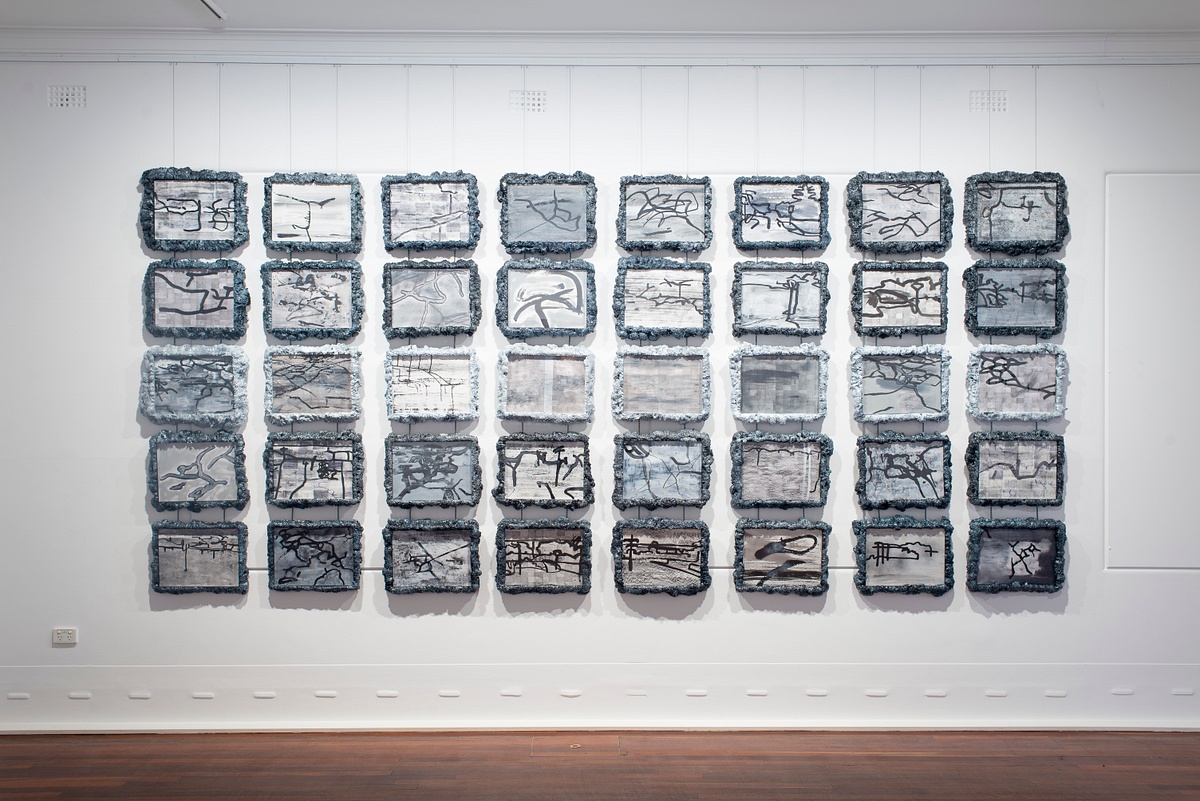 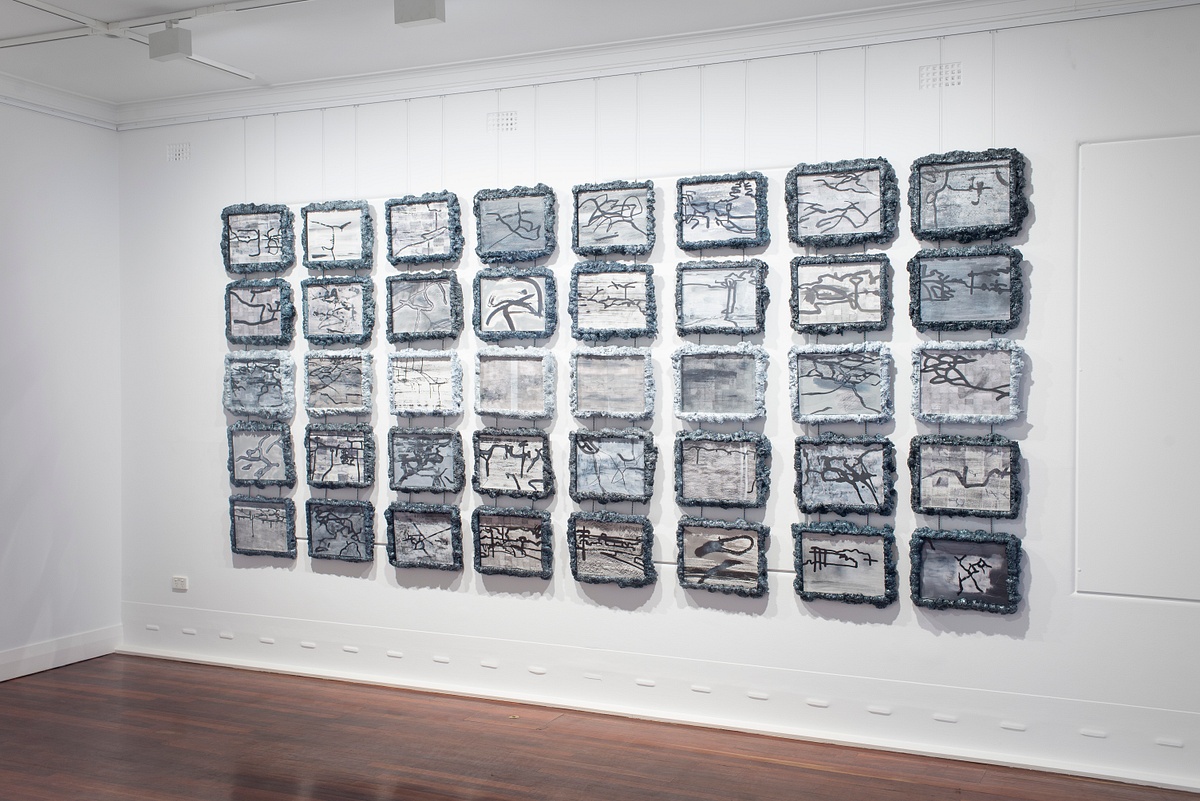 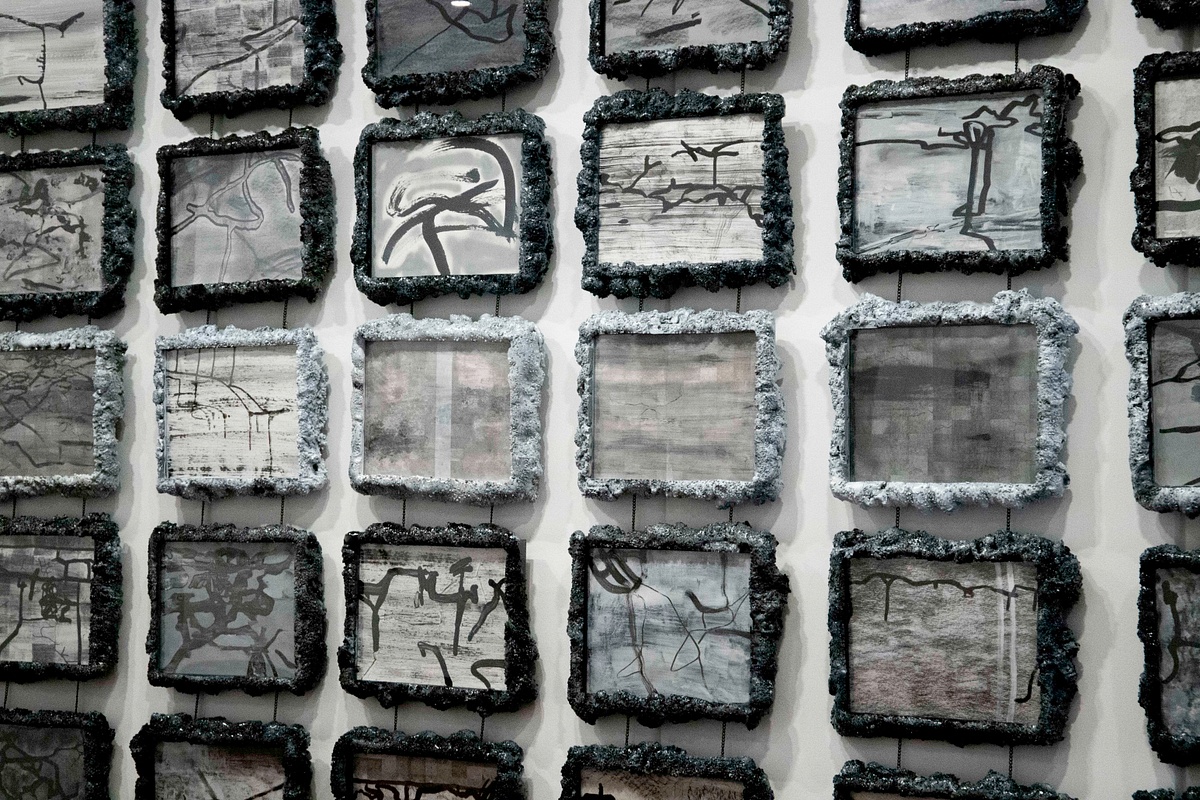 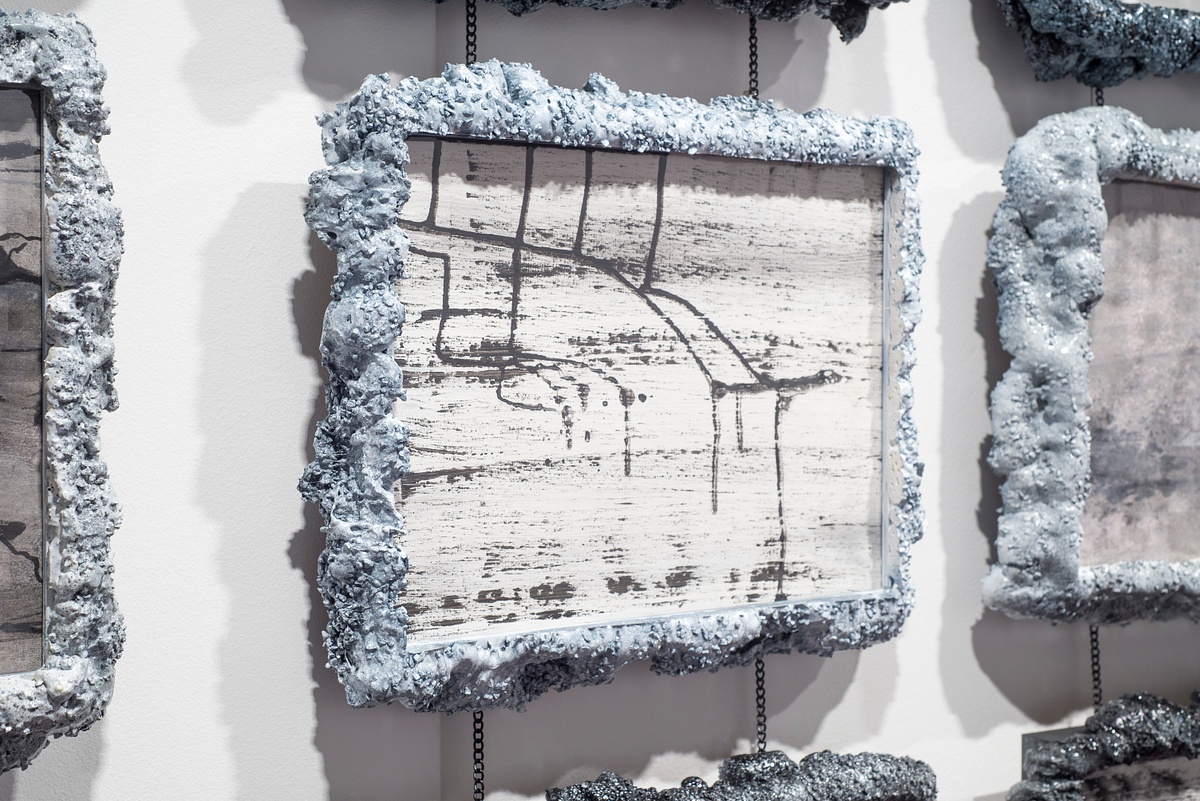 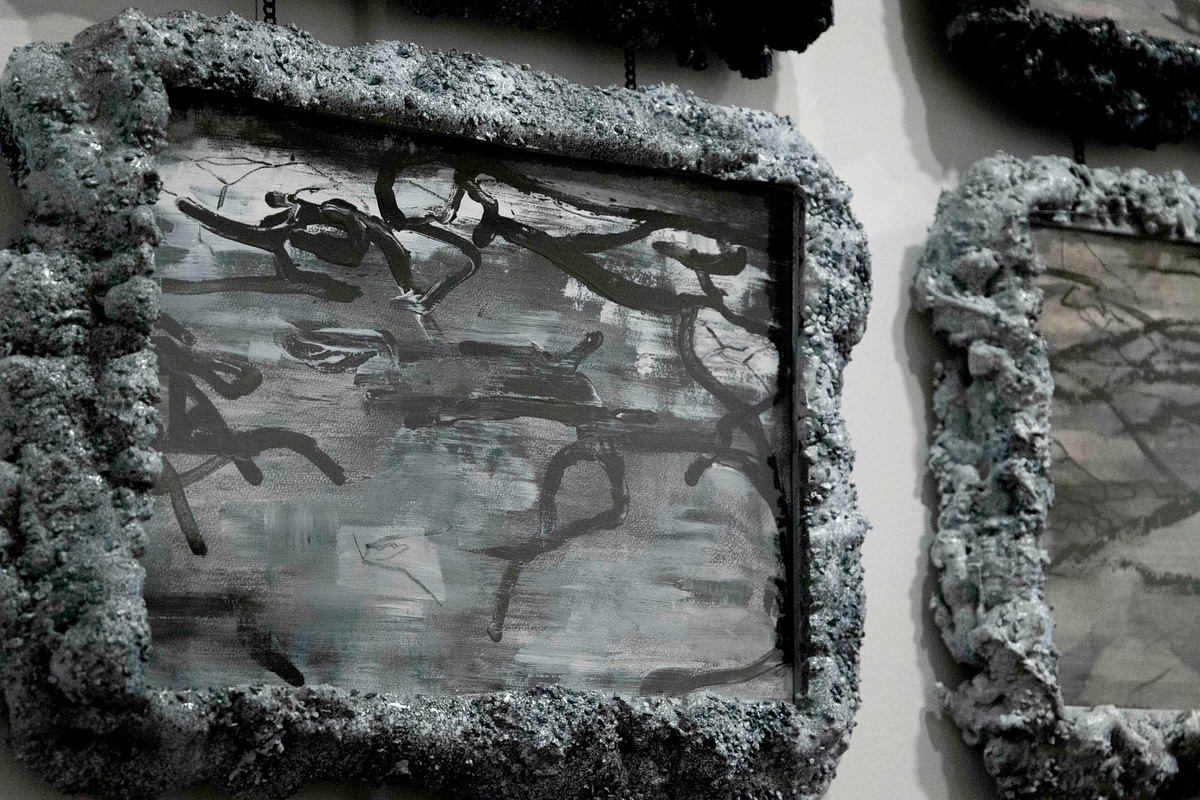 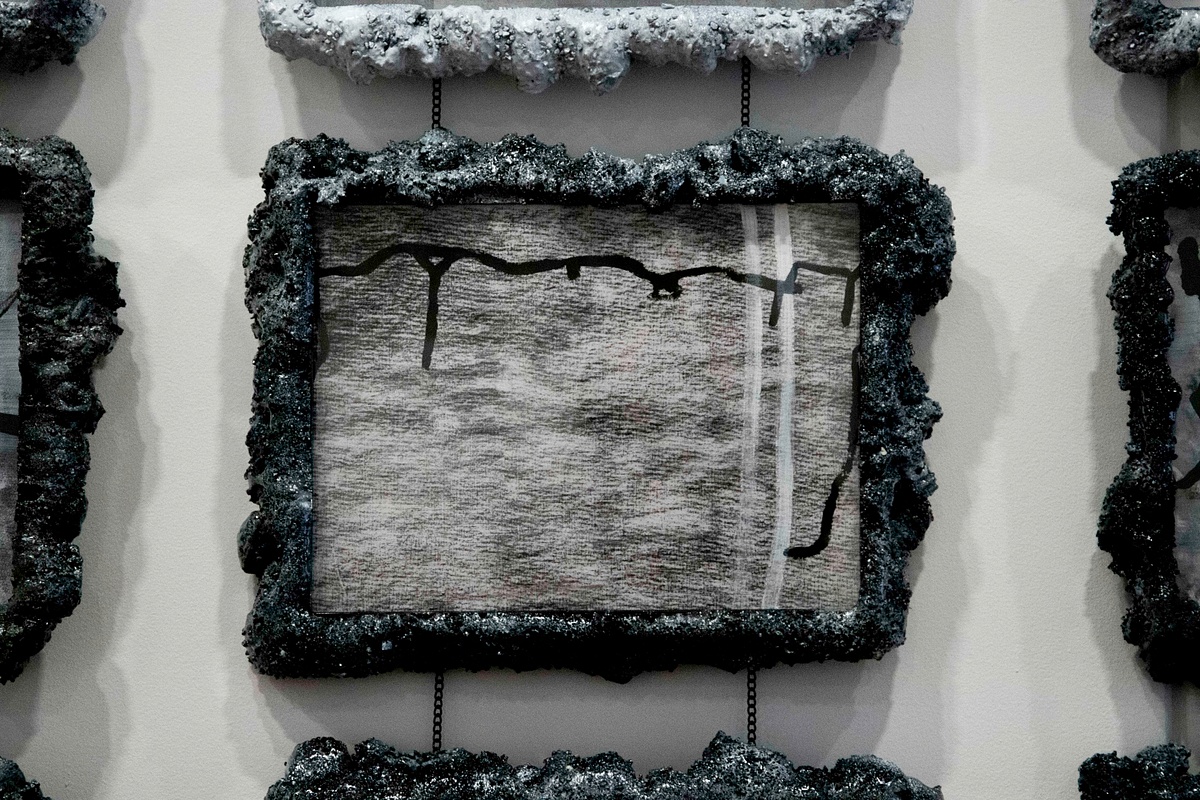 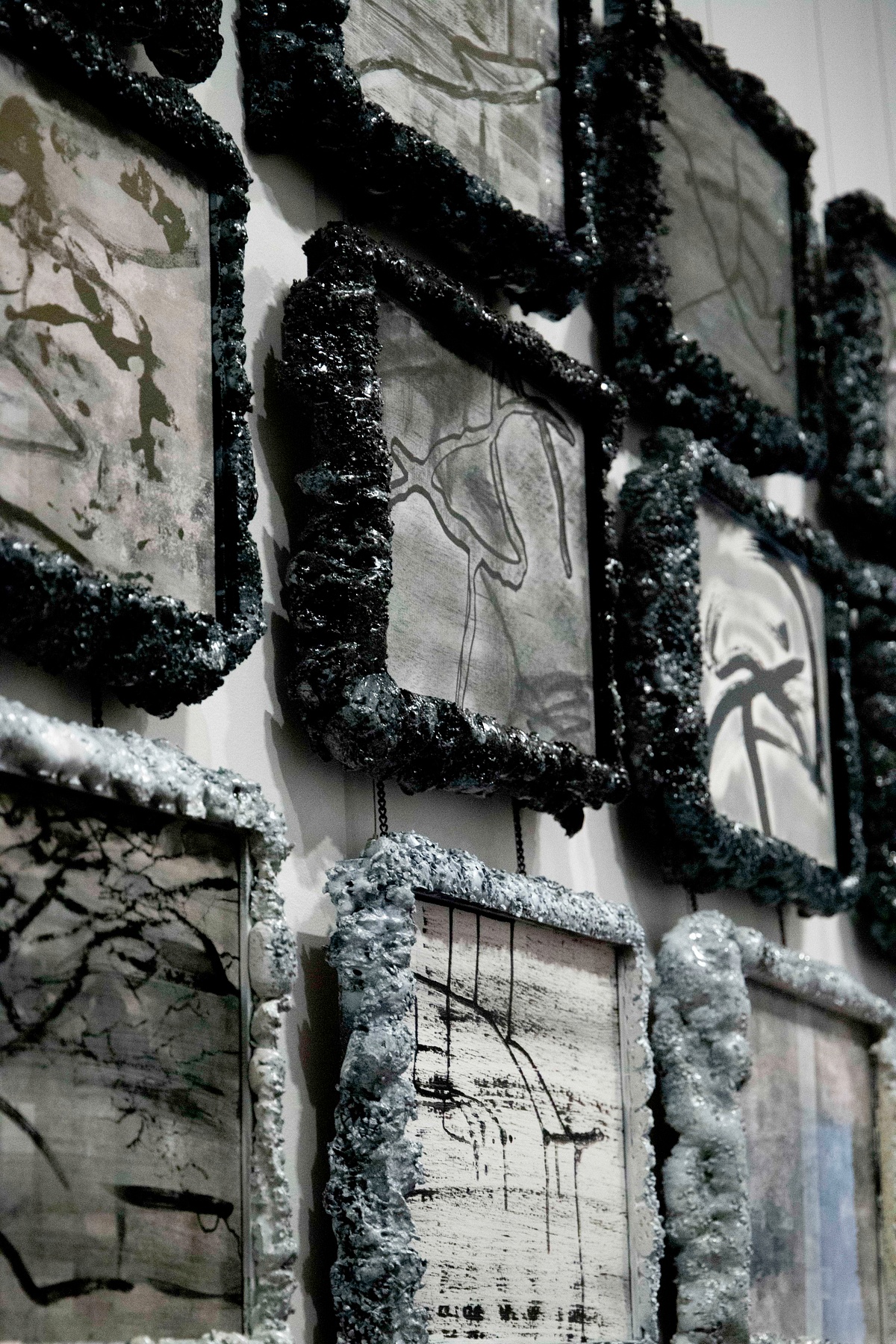 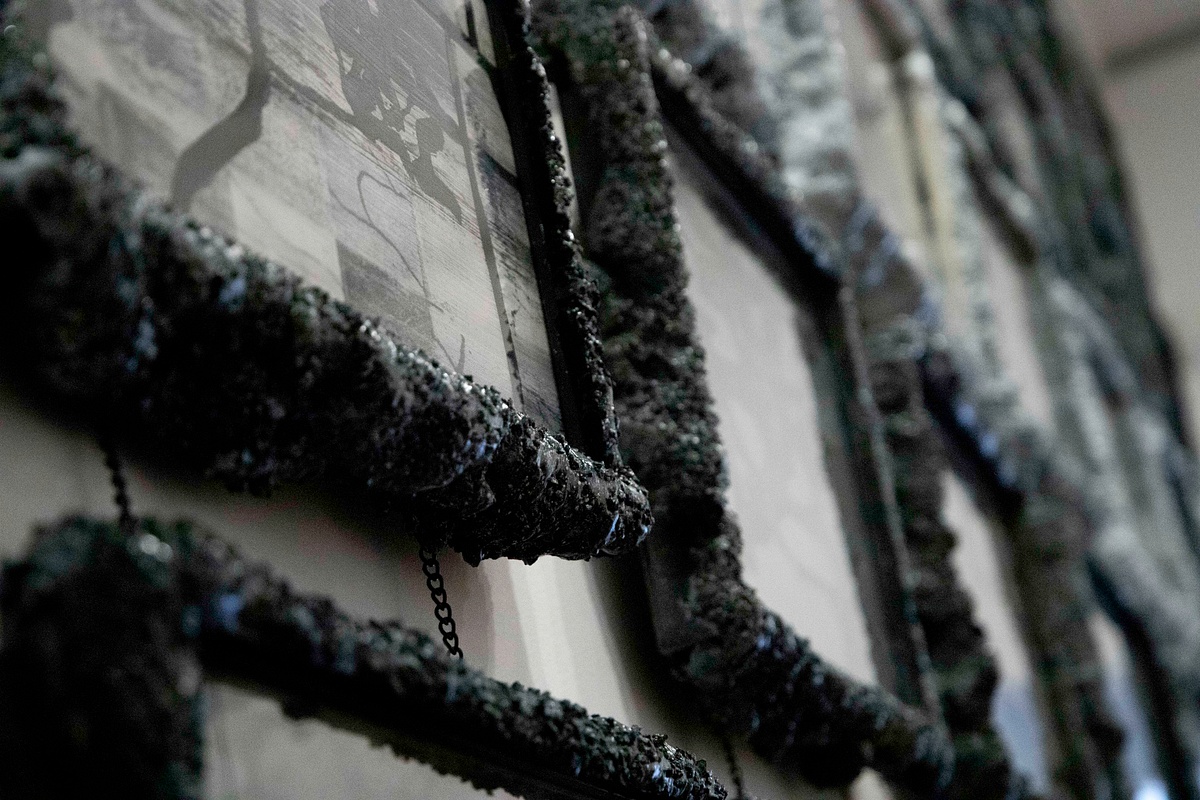 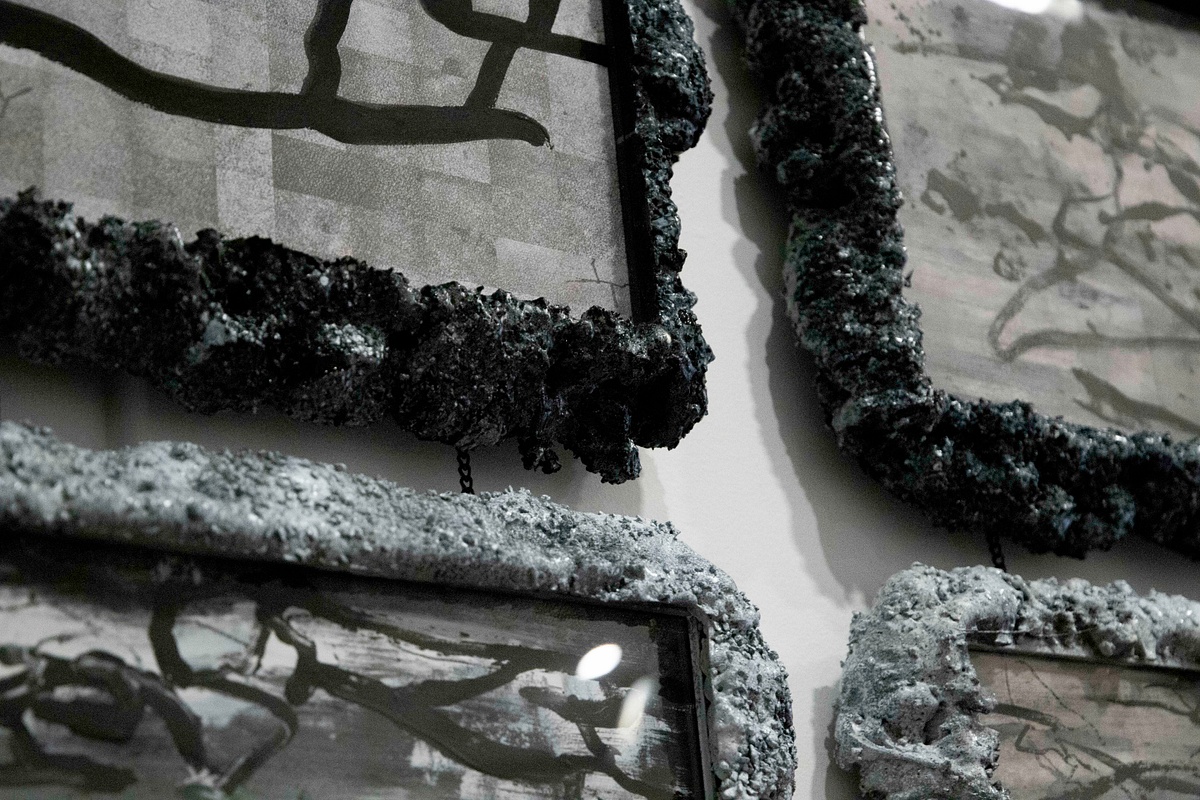 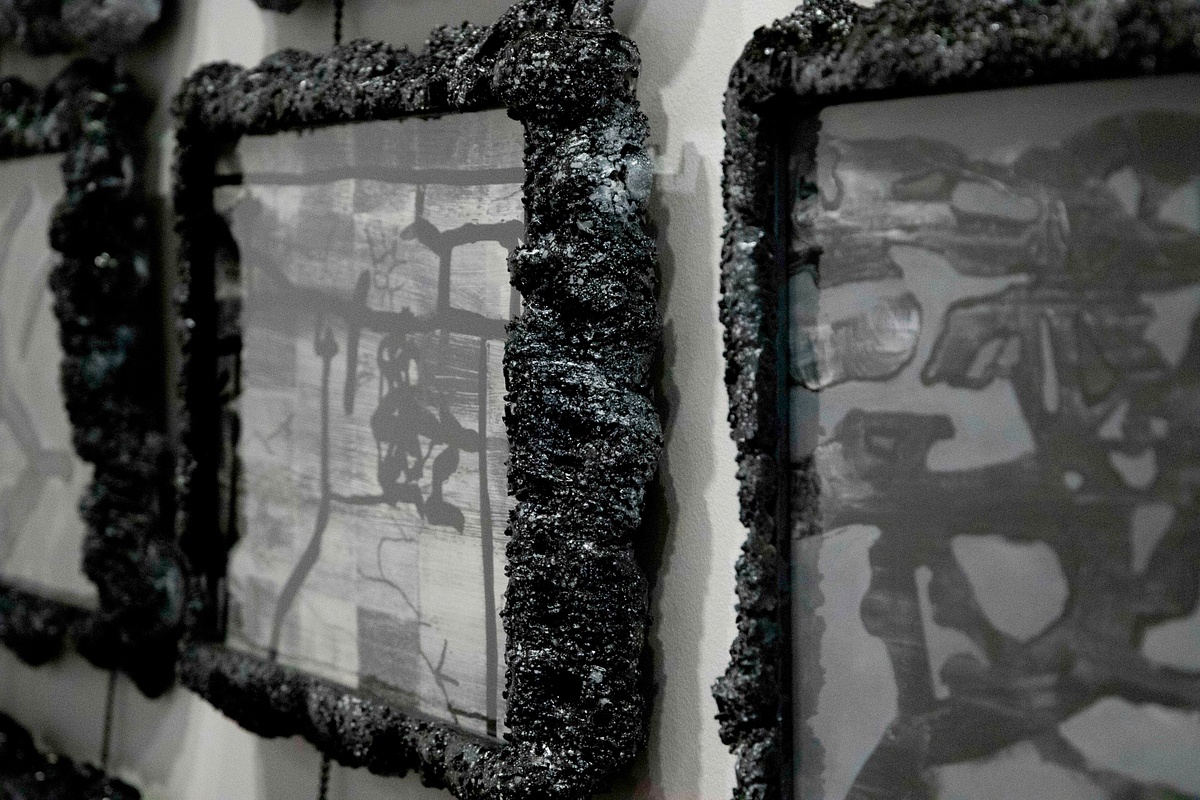 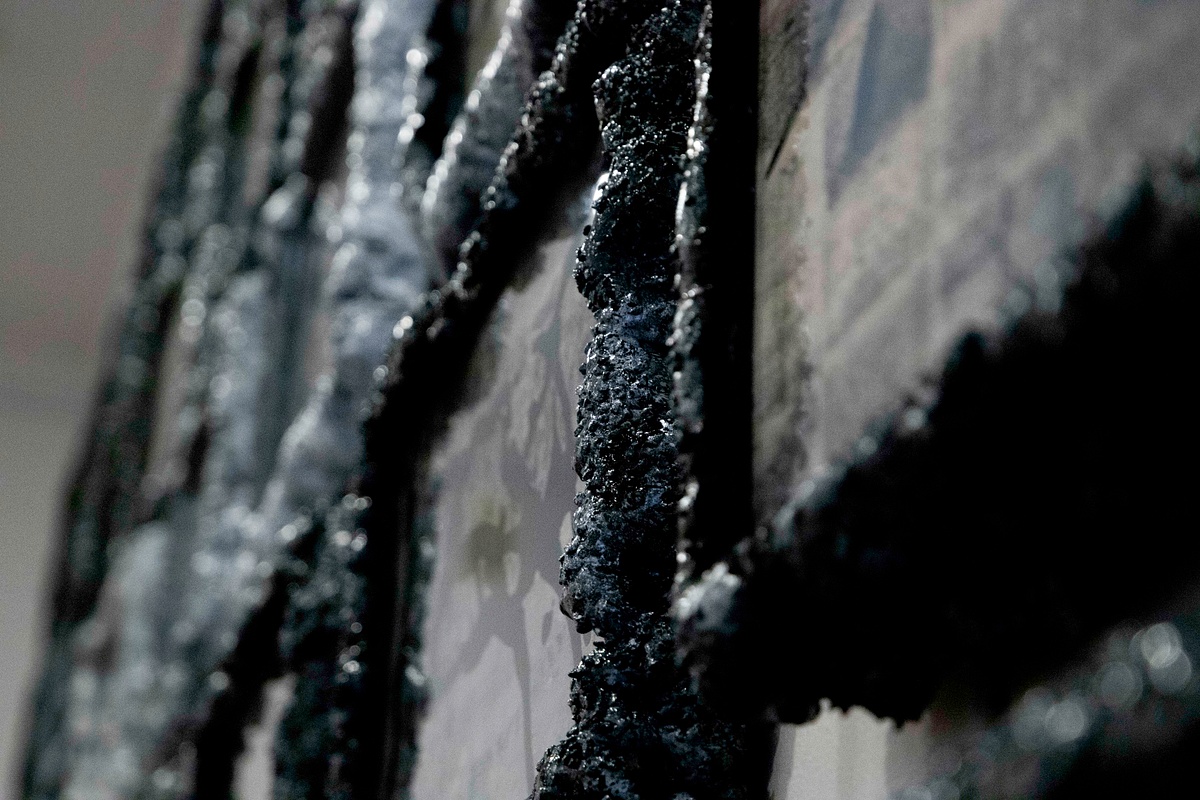 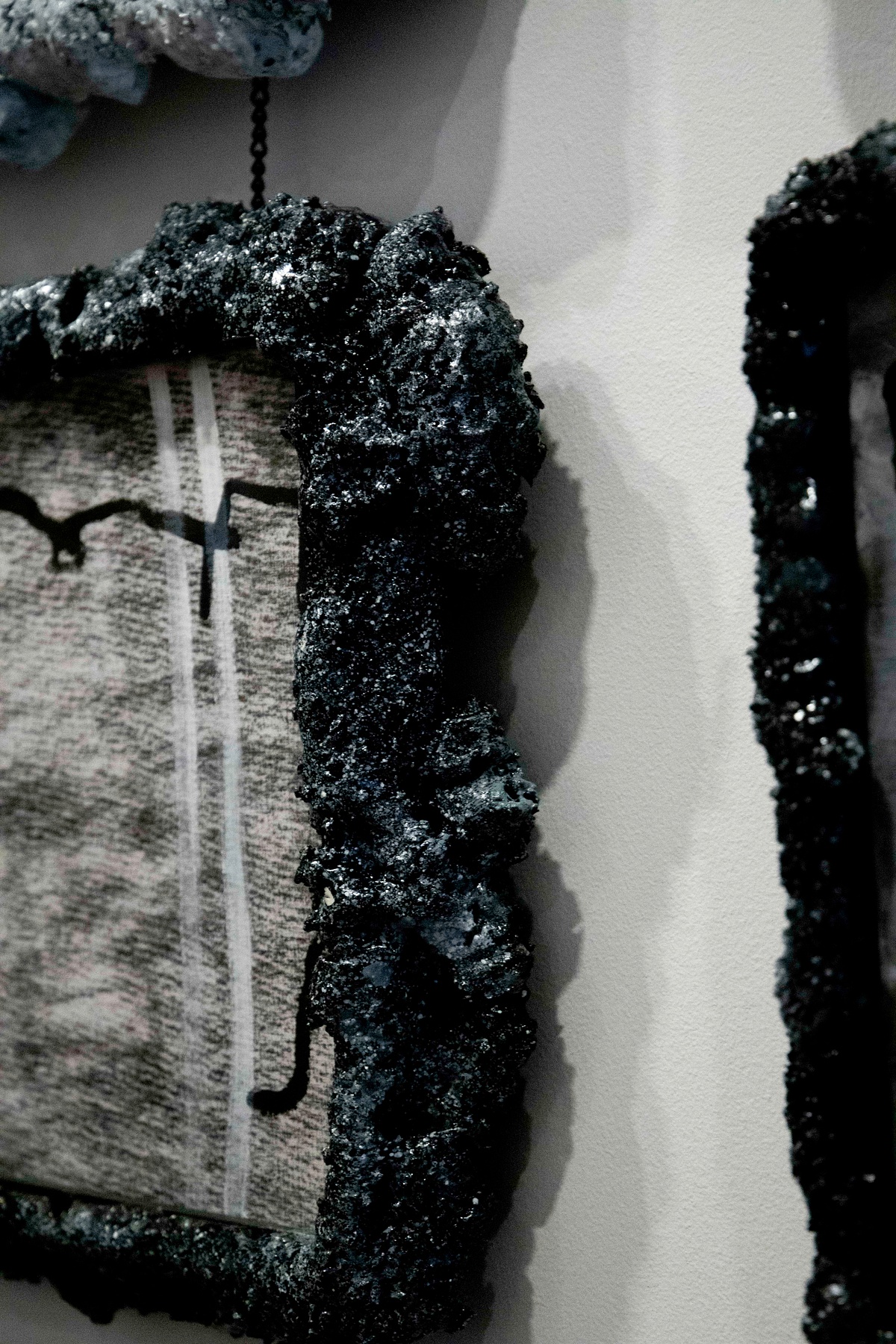 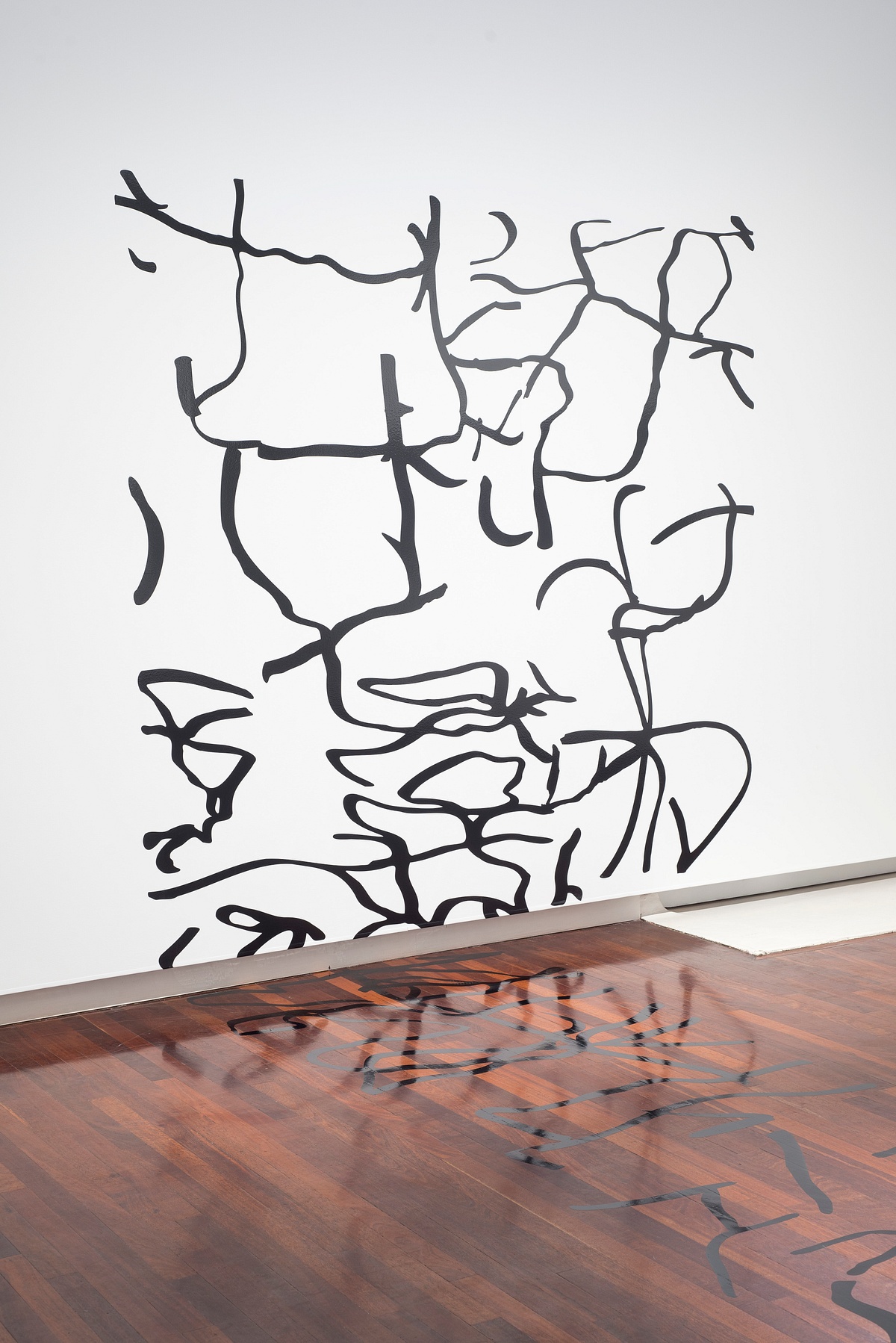 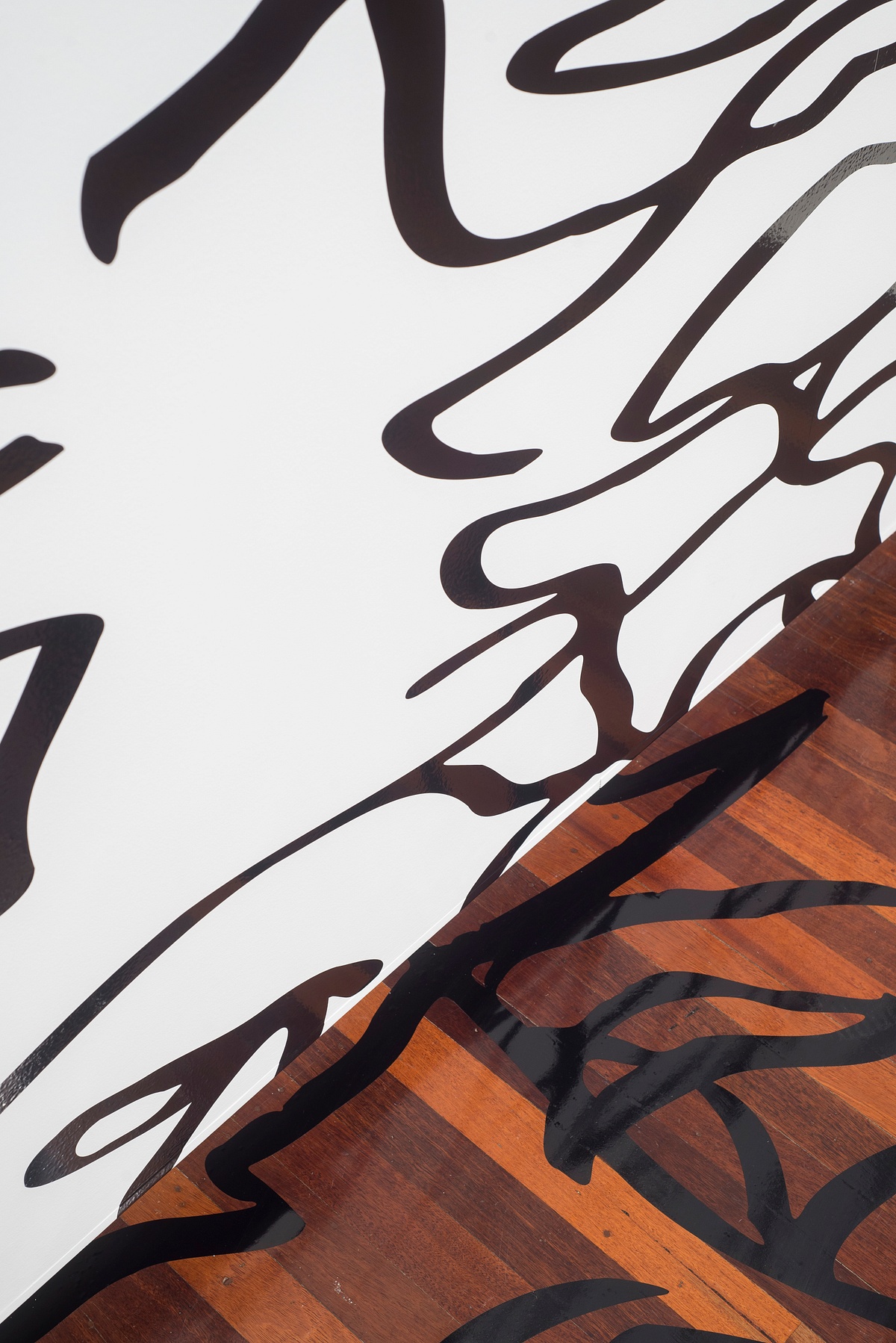 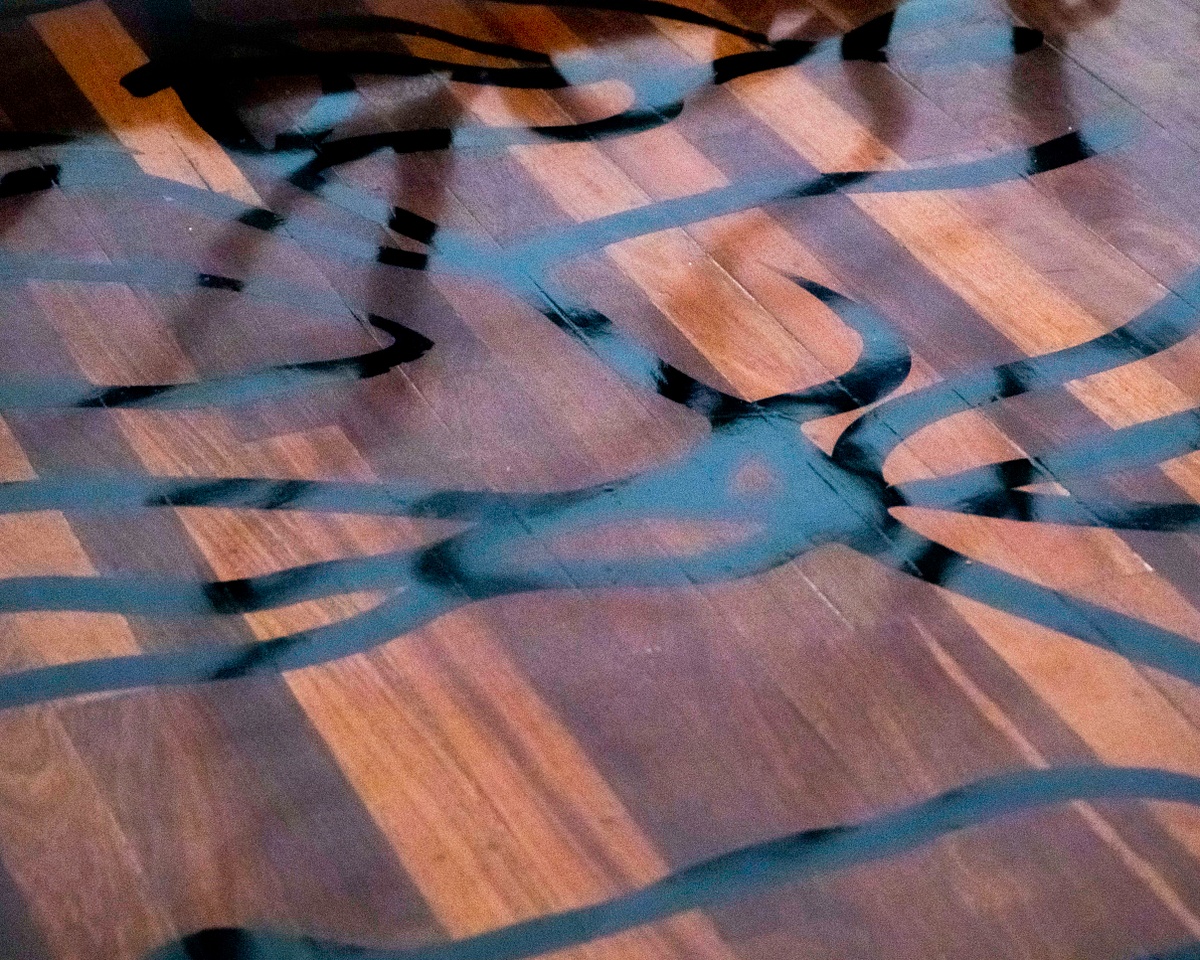 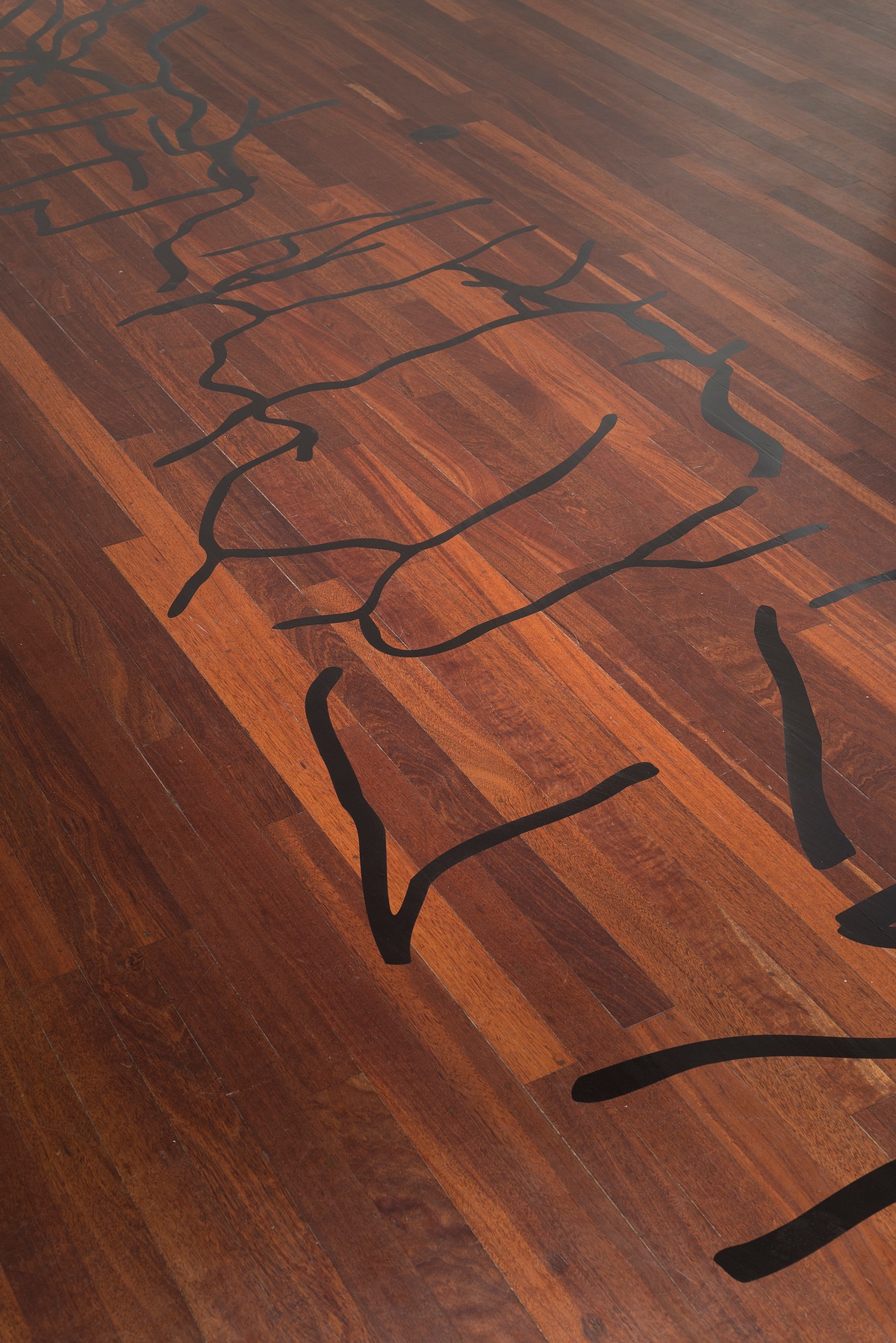 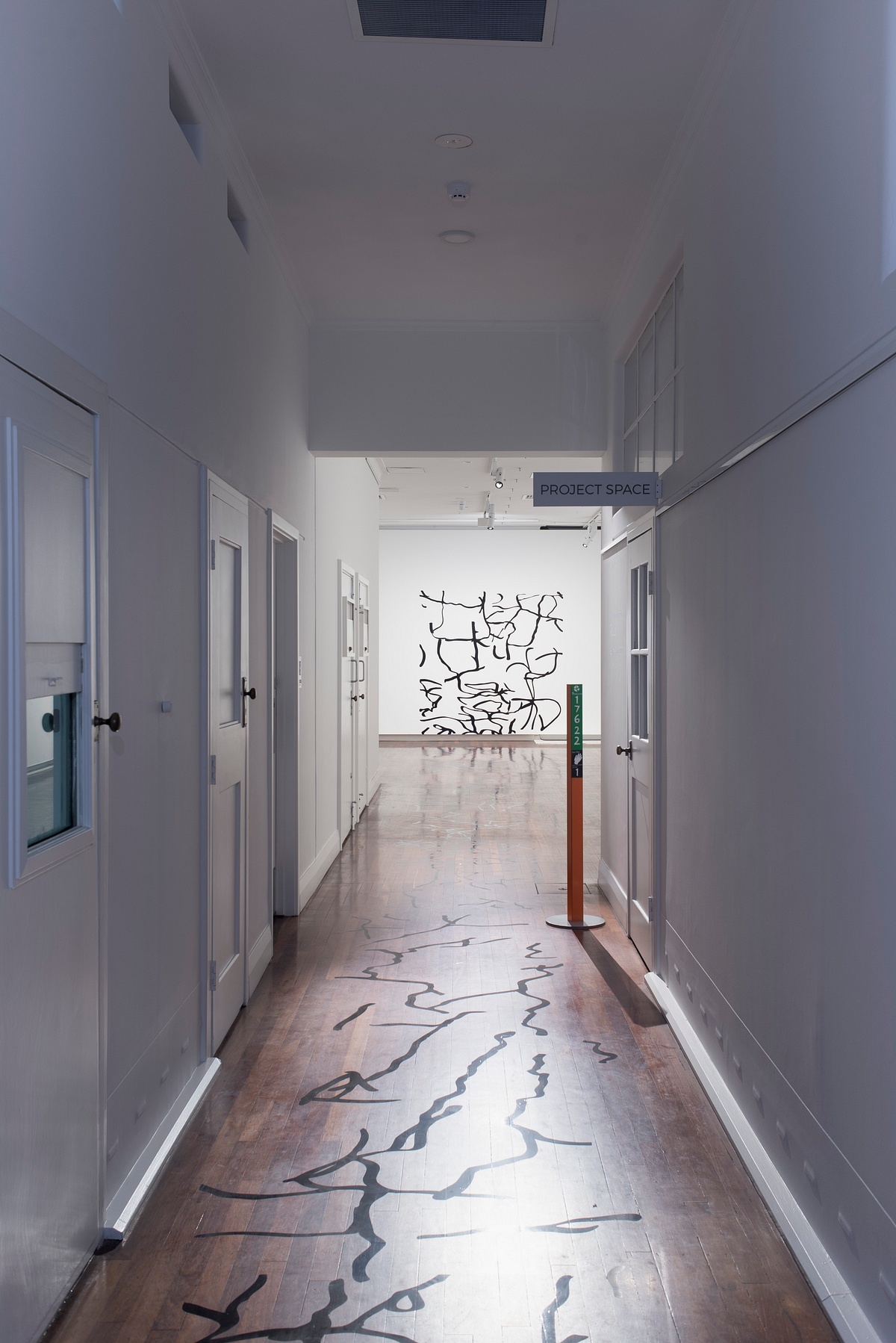 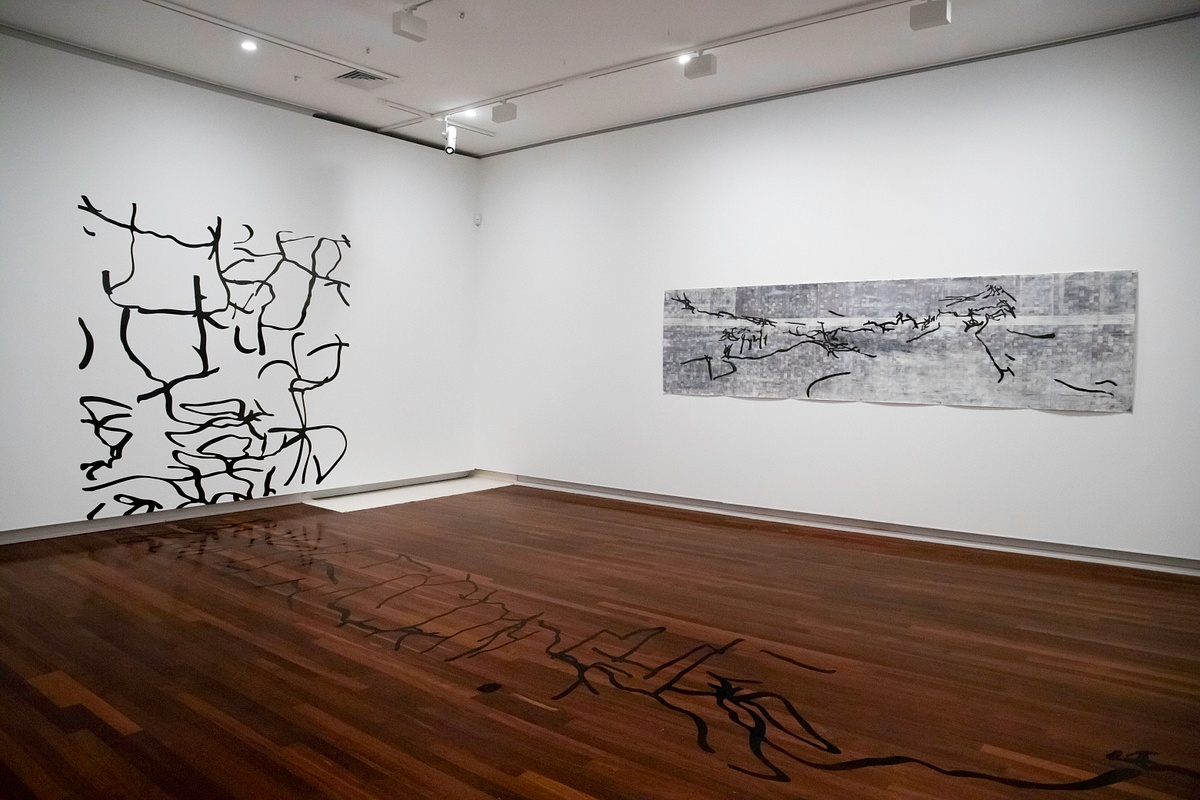 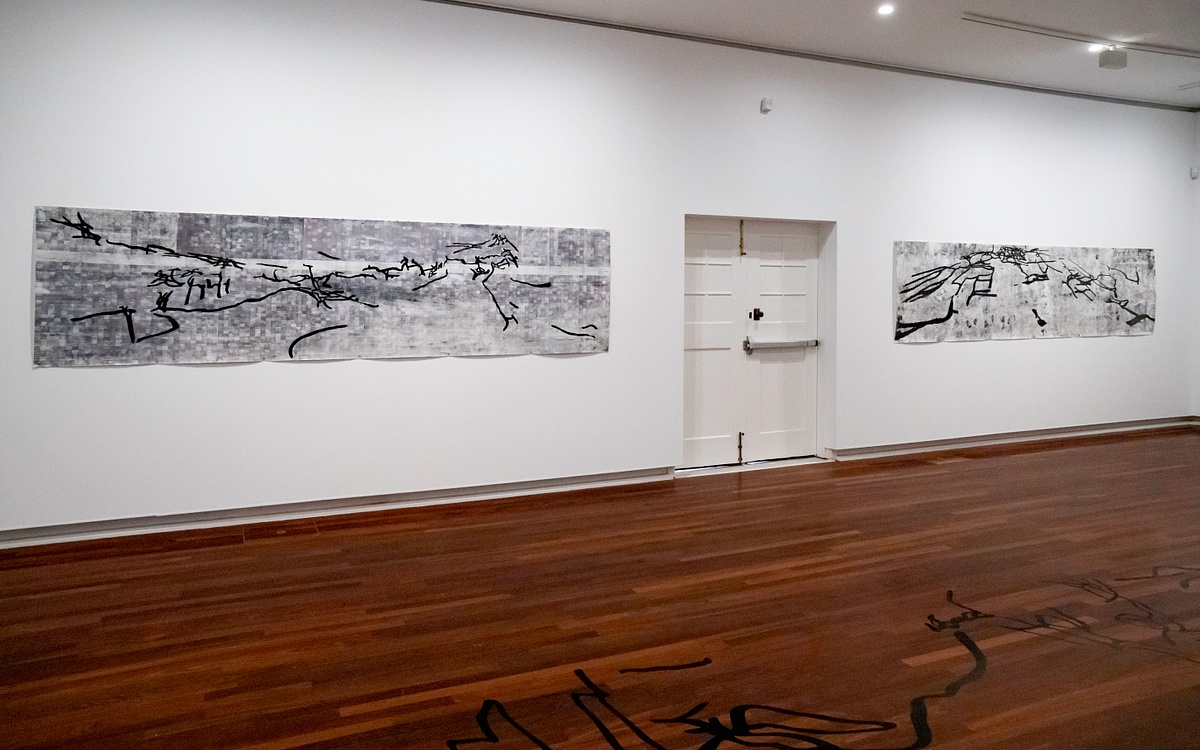 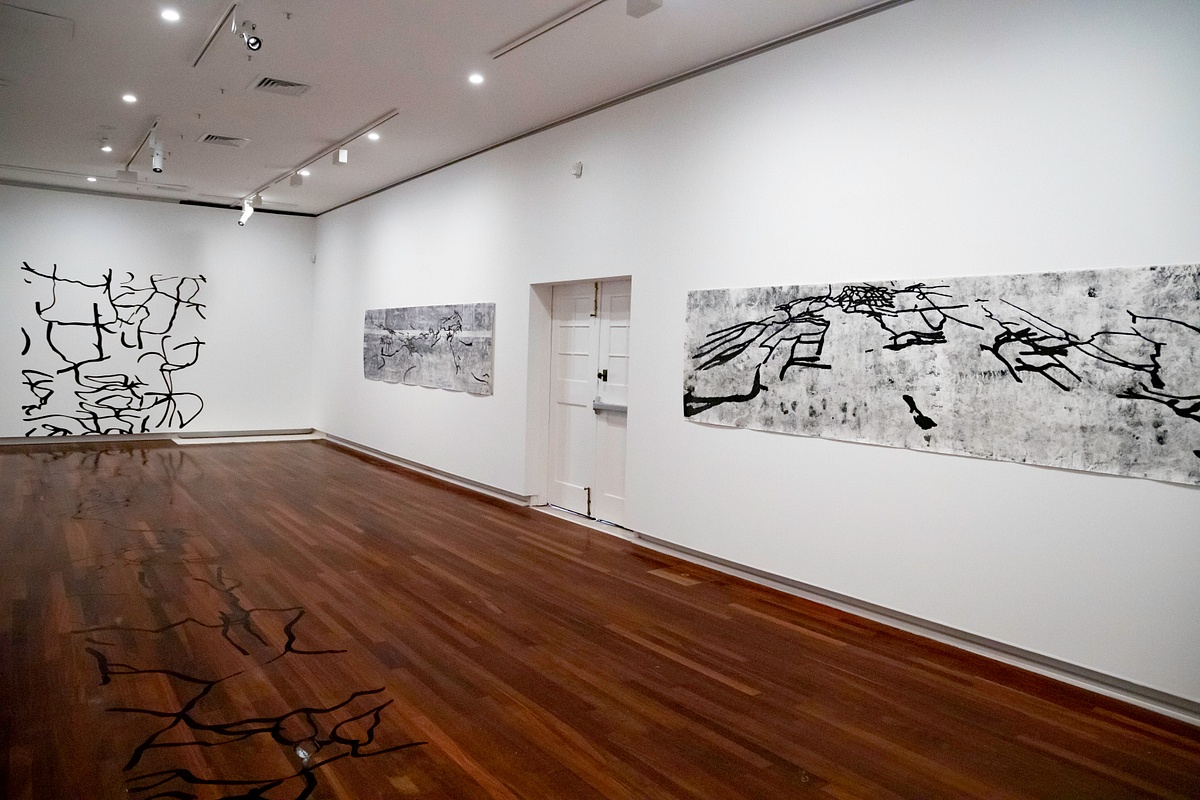 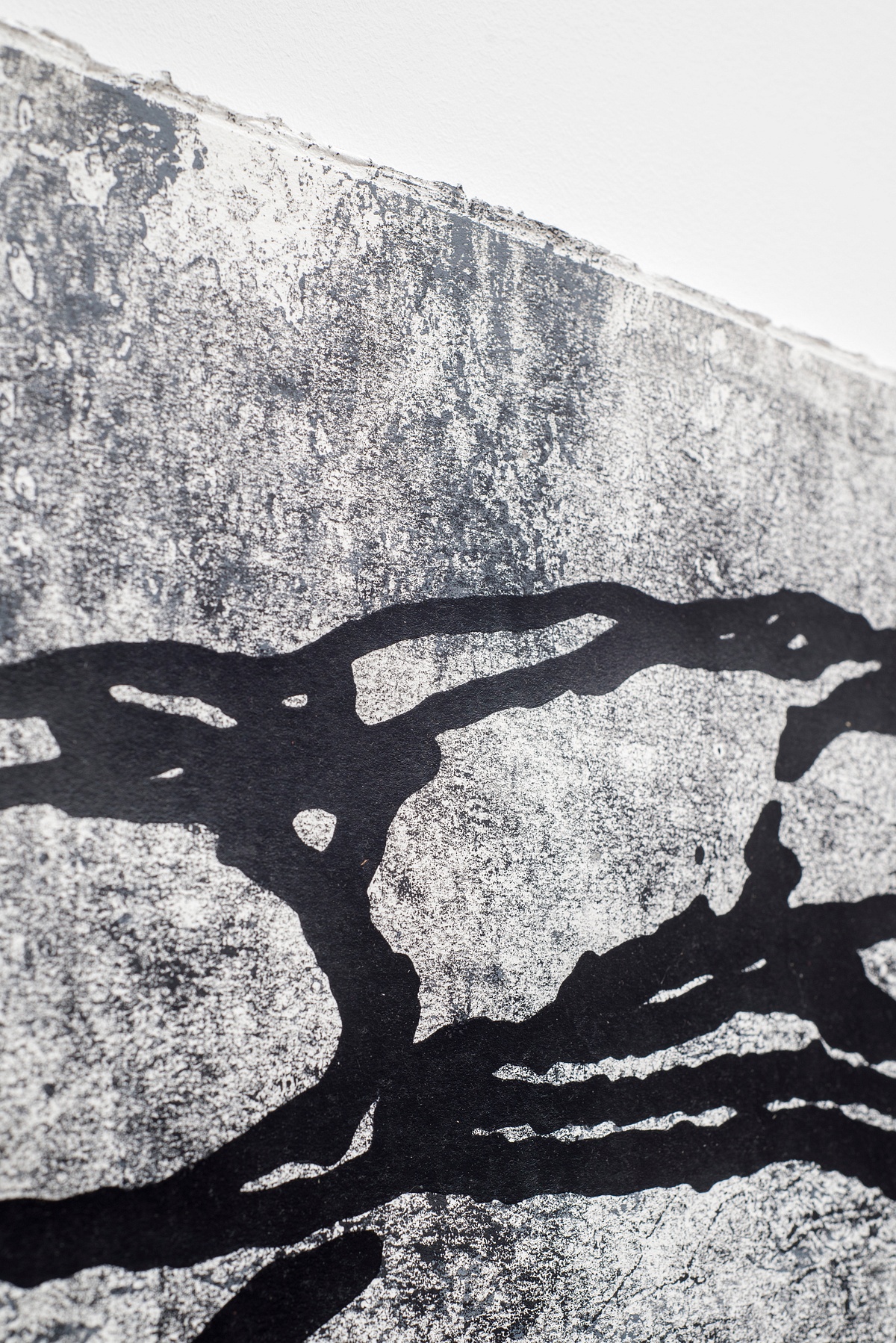 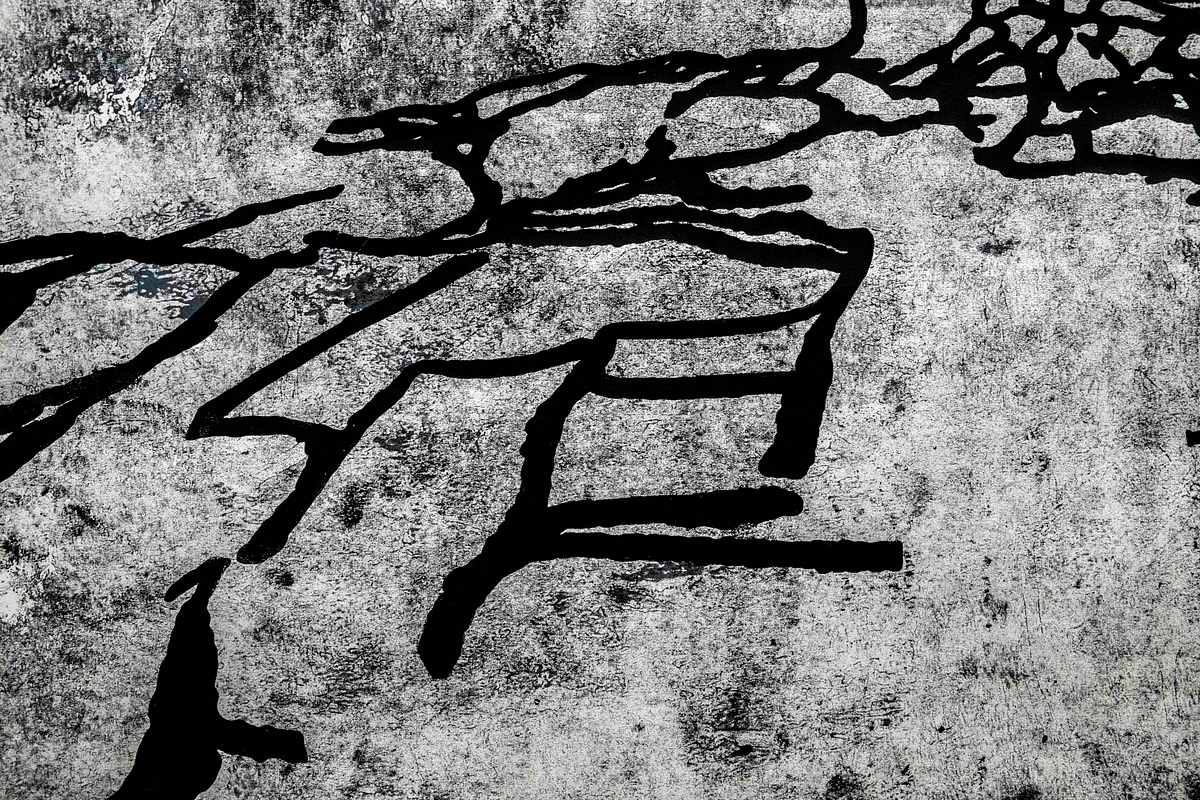 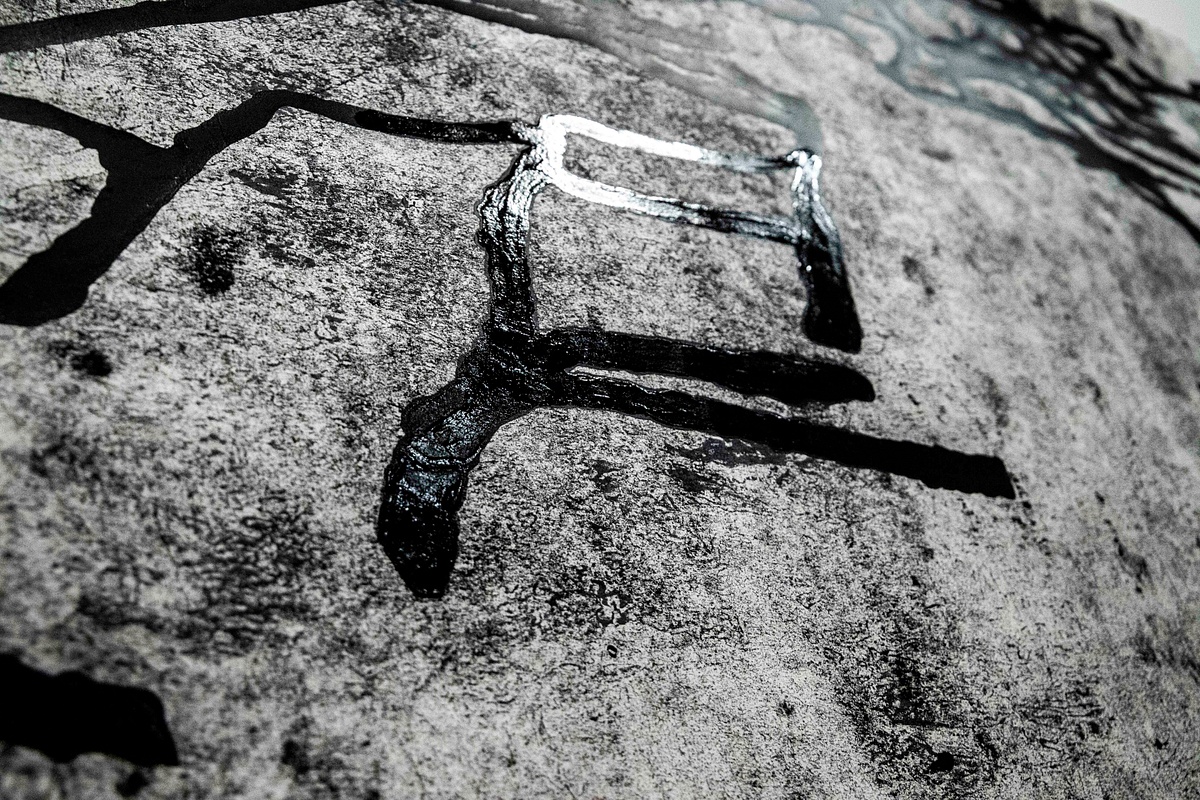 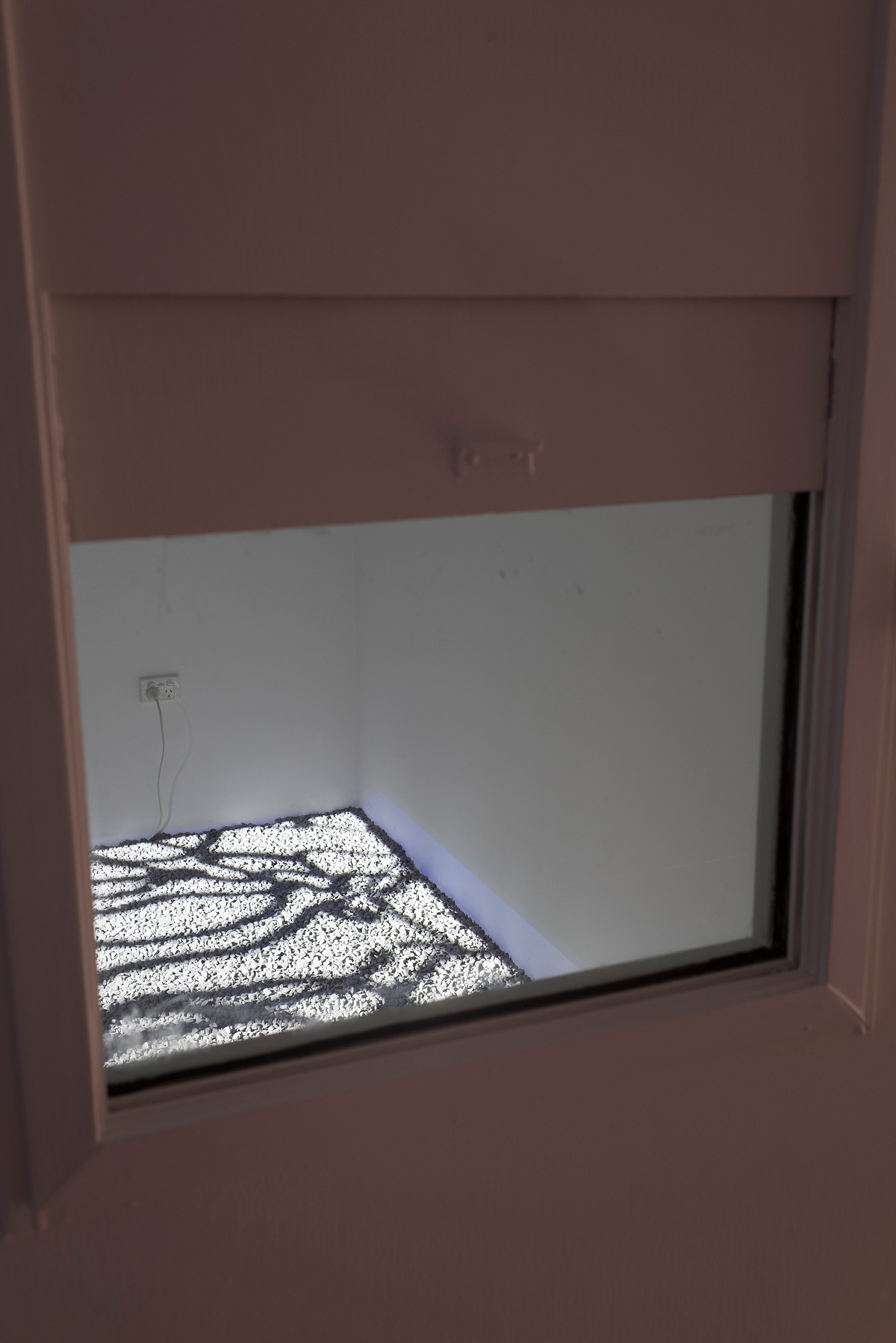 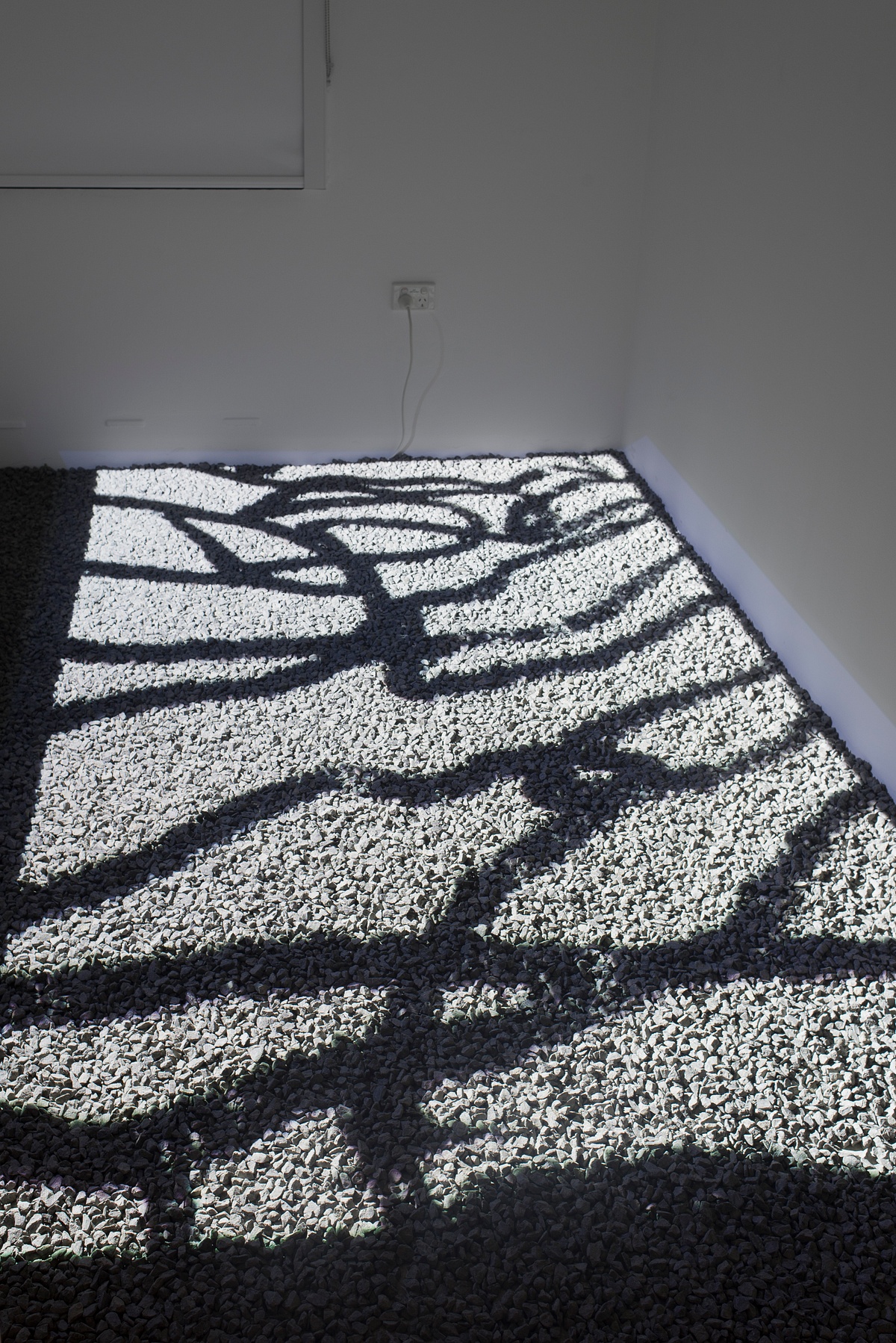 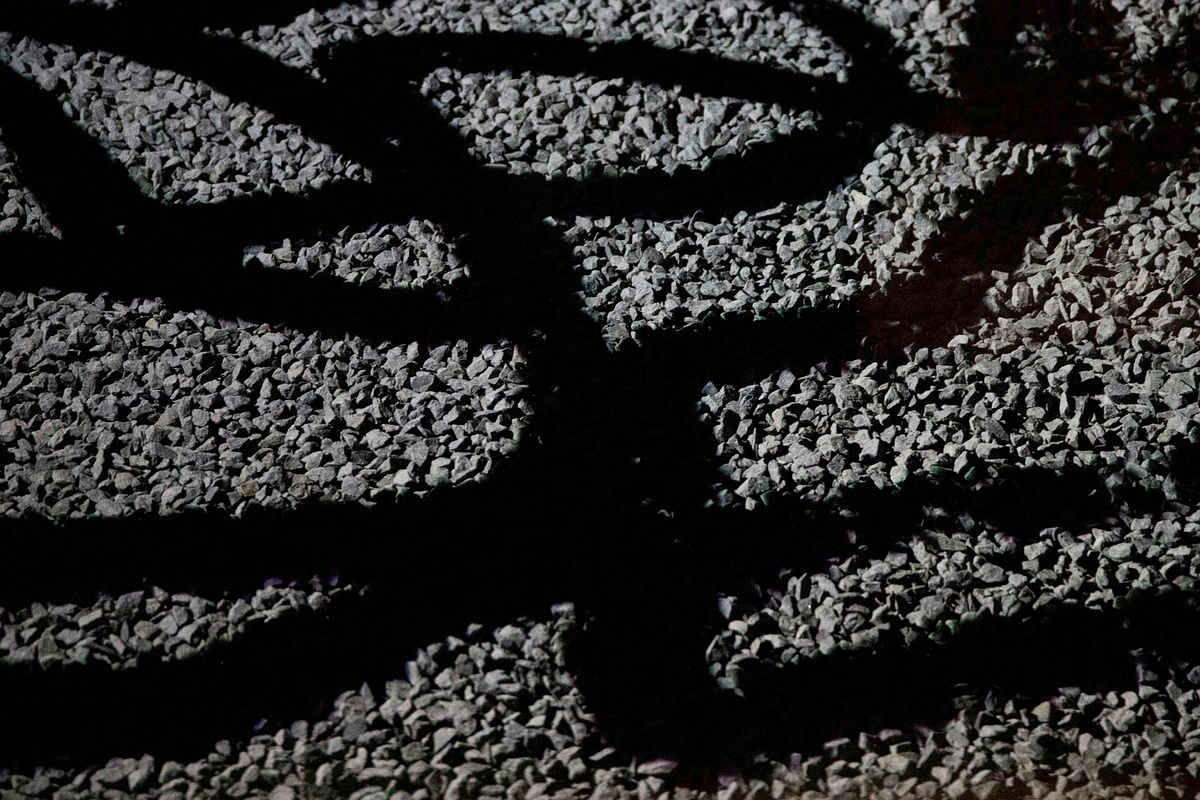 Road Repairs is a collaborative exhibition by Pip Lewi and Paul Sutherland inspired by the patterns made by tar covered cracks on asphalt roads. A variety of printmaking processes, painting and video projection creates the chance for complex textural layers to surface in each of the works. Operating simultaneously with minute detail and large gesture, Road Repairs reflects on slowness, healing, and an imaginative interpretation of one’s surroundings. Committed to the belief that observation is not a passive act, but an active and rewarding one, Pip and Paul encourage the viewer to take their time, follow a meandering trail through the space, and form their own narratives with what they encounter.

This project was funded by the Government of Western Australian through the Department of Local Government, Sporting and Cultural Industries (DLGSCI)

In 1927, a professor at the University of Queensland poured a sample of heated pitch, or tar, into a sealed glass funnel. After three years, the funnel’s stem was cut off, and the pitch, having had enough time to cool down, was propped above a beaker and placed inside a bell jar to form an hourglass. It took eight years for the first drop of pitch to land in the beaker. The Pitch Drop Experiment has been passed onto two more custodians over the course of its ninety-five-years-and-counting history, the second of whom passed away mere months before its ninth drop in April 2014. The movement of the tar is slower than the continental drift pulling Australia northeast every year, and to this day, nobody has witnessed the pitch drop in real-time.

Despite its name, describing it as an experiment is misleading. It has never been stored in a controlled environment, nothing is being measured by it, and none of its custodians ever really set out to prove anything with it. In fact, it has more in common with sculpture than it does with science; an object existing adversarially with an audience eager to watch it move, and instead offering them a chance to reflect on its unfathomable slowness and the aura bestowed upon it by time.

Pitch,tar, bitumen, the same kind we see forming whimsical patterns on cracks in roads, is two hundred and thirty billion times more viscous than water, but it is still fluid. When the pandemic arrived two years ago, the eerie few months of being able to do very little, save going for a run and eating a kebab, provided us an opportunity to alter the way we perceive time. Out of nowhere, alot of people could, for the first time, experience life in slow motion. And this slowness, like the bitumen on the road, was restorative. The minute details in our day could be appreciated with a significance that we would rarely afford to give them, and the larger contexts of health, community and accessibility were at the front of our minds. Optimistically, it offered us a paradigm shift. Our expectations of ourselves and each other became more generous, welfare was momentarily raised, and we had a glimpse into what life could be like when it’s not structured around perpetual burnout. These restorative changes may happen again at a glacial pace, but maybe we witnessed the first drop.